Several million service men and women fought in the conflict, which claimed the lives of more than 58,000 Americans. Two hundred fifty-eight people who served during the war received the Medal of Honor. More than six out of 10 recipients were honored posthumously.

The Vietnam War was a protracted conflict between North Vietnam and South Vietnam, beginning in the mid-1950s and ending with the fall of Saigon in the south in 1975. The first U.S. combat troops were committed to the defense of South Vietnam in March 1965, although American military advisers had been involved in South Vietnam since the 1950s. Several million Americans served on active duty in Vietnam until March 1973, when U.S. troops were withdrawn from the country.

The Nation’s Most Prestigious Military Decoration

The Medal of Honor is our nation’s most prestigious military decoration. It is awarded by the president of the United States on behalf of Congress to members of the armed services who distinguish themselves through “conspicuous gallantry and intrepidity at the risk of life above and beyond the call of duty” while engaged in action against an enemy of the United States.

The Medal of Honor traces its origins to the first year of the Civil War, when Congress saw the need for a formal means of recognizing or rewarding acts of heroism. In 1861, James W. Grimes, a senator from Iowa, introduced a bill to “promote the efficiency of the Navy” by distributing “medals of honor.” President Lincoln signed the bill into law on Dec. 21, 1861. Lincoln signed a similar measure on behalf of the U.S. Army on July 12, 1862, and the country had two Medals of Honor: one for sailors and one for soldiers.

Three Versions of the Medal of Honor

There are now three similar, yet distinct, versions of the Medal of Honor, one for each Military Department (Army, Navy and Air Force). The medals are similar in that each consists of a variation of a five-pointed star worn around the neck on a light blue ribbon. The Navy version is awarded to those serving in the Navy and Marine Corps, and during times of war, to members of the Coast Guard. The Air Force, which was established as an independent department in 1947, adopted its distinctive Medal of Honor in 1965. The first presentation of the U.S. Air Force’s medal took place in 1967 during the Vietnam War.

Following is a listing of the living recipients depicted on the stamp sheet in state order. Click the links to the videos of the recipients recounting their experiences. (Note: Media use is of video is only permitted if broadcast in its entirety.)

Customers have 60 days to obtain first-day-of-issue postmarks by mail. They may purchase new stamps at their local Post Office, at the Postal Store website at usps.com/shop or by calling 800-STAMP-24. They should affix the stamps to envelopes of their choice, address the envelopes to themselves or others and place them in larger envelopes addressed to:

After applying the first-day-of-issue postmark, the Postal Service will return the envelopes through the mail. There is no charge for the postmark up to a quantity of 50. For more than 50, customers are charged 5 cents each. All orders must be postmarked by July 24, 2015.

The Postal Service also offers first-day covers for new stamp issues and Postal Service stationery items postmarked with the official first-day-of-issue cancellation. Each item has an individual catalog number and is offered in the quarterly USA Philatelic catalog, online atusps.com/shop or by calling 800-782-6724. Customers may request a free catalog by calling 800-782-6724 or writing to:

There are nine philatelic products for this stamp issue: 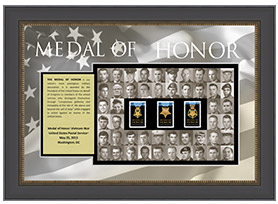 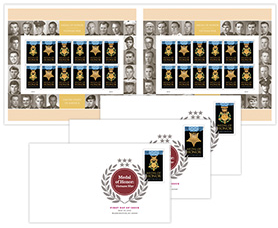 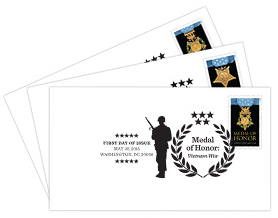 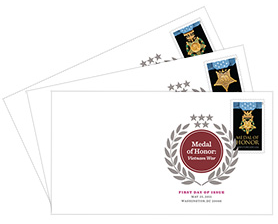 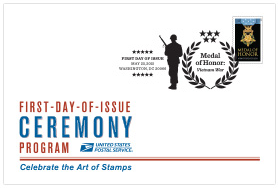