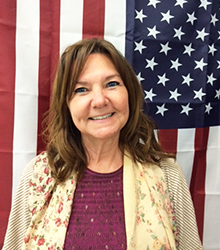 Merced, CA, City Carrier Assistant Penny Guillory was driving to work recently when she noticed a man on the side of the road waving for help.

When Guillory stopped, the man told her a passenger in his vehicle fainted. Guillory began performing CPR on the woman while another passerby, April Wagnon, called 911.

Once paramedics arrived and took over, Guillory approached Wagnon to make sure she was okay. “We hugged and said ‘good job’ to each other,” Wagnon told the Inside CDCR news service.

“Although Penny’s actions were heroic, she doesn’t see herself as a hero. She’s just happy the woman will be okay,” Shurn-Williams said.