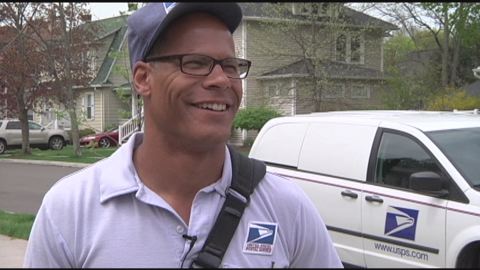 Binghamton, NY (WBNG Binghamton) The American Red Cross awarded a USPS letter carrier in Binghamton for his actions that saved the life of one of his customers.

In Sept. 2014, Walker noticed one of his customers, a 95-year-old man, had not picked up his mail. The gentleman’s car was in the driveway.He became concerned and knocked on the door and windows but there was no response.

“When he didn’t answer, I really was concerned about him,” said Walker.

He then alerted the Binghamton Police Department.

When officers responded, they found the man had fallen, was trapped and in need of medical attention. The man was taken to a local hospital.