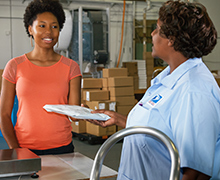 The public is overwhelmingly satisfied with mail delivery, ranking it higher than any other government service, according to a new Gallup poll.

Of 20 services included in the survey, mail delivery ranked first with 90 percent of the public satisfied. Satisfaction with national parks ranked second (73 percent), followed by the federal response to natural disasters (71 percent).

Sixteen percent of respondents are satisfied with federal efforts on poverty, which ranked last on the list.

“Americans’ extremely positive view of the Postal Service and mail delivery may be a result of interacting with the USPS nearly every day,” Gallup reported.

Gallup’s results, published May 6, align with a poll last fall that ranked the Postal Service first among government agencies in the public’s esteem.