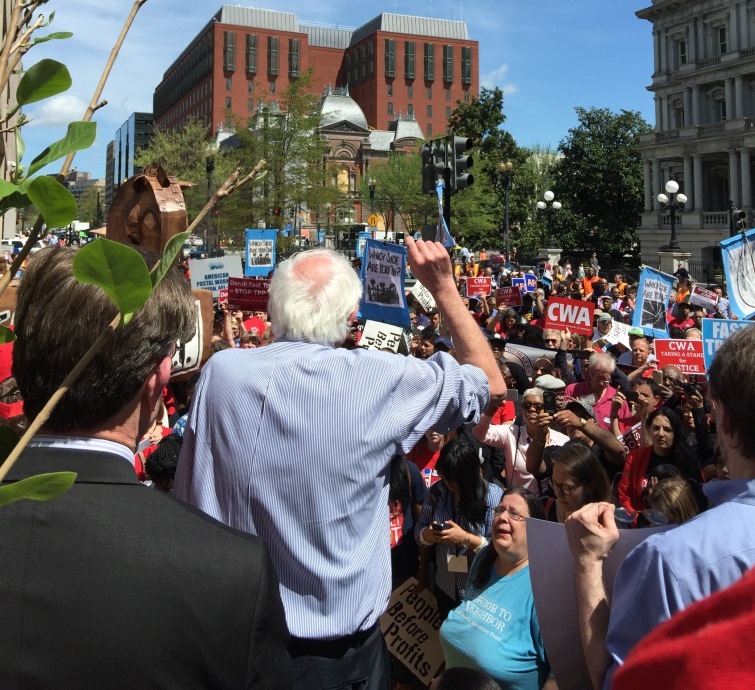 The non-binding instructions were approved 85-11 in a resounding bipartisan vote on April 15.

In January, the Postal Service cut service standards for the second time in less than three years, virtually eliminating overnight delivery of first-class mail nationwide and paving the way for the closure of as many as 82 mail processing plants this year.

“There is a huge concern, particularly in rural America, about the closing down of the processing centers,” said Budget Committee Chairman Michael B. Enzi (R-WY). “It takes at least an extra day to get the mail.”

“Forty-three Democrats and 42 Republicans approved the measure,” he pointed out. “This shows what a popular issue defending the people’s post office is,” he said.

“We must continue to reach out to members of Congress as we fight for positive postal reform legislation,” he added.

APWU Legislative and Political Director John Marcotte also praised the move. “Congress has the ultimate authority over postal operations,” he said. “Now that the Postal Service has committed itself to a doomed plan to slow the mail, degrade service to the American people, and lower revenues, it is crucial for Congress to exercise this authority.

“The APWU is heartened by the support of lawmakers from both parties in these budget instructions.”

In the House, 158 representatives are co-sponsors of H. Res. 54, which calls on the Postal Service to restore service standards that were in effect in July 2012. Last year, a majority of senators and 178 House members signed letters endorsing a moratorium on mail processing plant closures and opposing January’s mail slowdown.