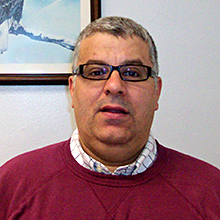 Plattsburgh, NY, Rural Carrier Biagio Gallicchio was delivering mail during a heavy snowfall when he noticed a snow blower running in a driveway. As he got closer, he saw a man lying on his back, covered in snow.

The man had slipped and injured his leg while trying to pull the machine into his garage.

“He was shivering. He was barely able to talk because he was so cold,” Gallicchio told the Press Republican newspaper.

Gallicchio called 911 and stayed with the man until emergency responders arrived. They took the man to the hospital, where he had surgery.

After completing his route, Gallicchio returned to the Post Office and received praise from his coworkers. At home that night, he told his family what happened, hoping it would be a learning experience for his young children.

Gallicchio’s son considers his father a hero, but Gallicchio doesn’t see it that way.

“I’m just a mailman,” Gallicchio said. “I do my job, do what I can to help somebody.”