April Fools jokes on the web can be hilarious, or they can be painfully lame. Here are a few from this year’s crop with a postal connection- starting with Google, and going downhill from there:

Smartbox by Inbox: the mailbox of tomorrow, today

Mail is a wondrous thing. From the early days of the homing pigeon to the herculean efforts of the Pony Express, mail has connected us for generations. The advent of email brought the world even closer together. And yet, despite this leap forward, physical mail still just sits there. In a box. All day.

So today we’re excited to introduce Smartbox—a better, smarter mailbox that fuses physical mail with everything you love about the electronic kind:

via Official Gmail Blog: Smartbox by Inbox: the mailbox of tomorrow, today.

In their latest grab for cash, Australia Post will ‘mail’ customers across the country for just $35.

Australians will soon be able to “mail” themselves to more than 50 destinations across the country under a new Australia Post program aimed at reversing its falling profitability.

The scheme, to be called AirMale and AirFemale, will see the ailing postal service partner with a low-cost airline to deliver customers for a one-way fee of just $35 to any airport in Australia serviced by the carrier.

Jetstar, Virgin and Tiger Airways are all believed to be bidding for the partnership.

via Australia Post’s plan to restore profits | The New Daily.

With Deficit Not Going Anywhere, Congress Considers A Tax On Email

Last year, the U.S. Postal Service revenue grew a whopping 4.3% to $18.7 billion. Those are huge numbers and they’re attracting attention from a curious source: Congress.

Revenue from the Postal Service doesn’t flow through to the General Fund – like tax dollars – but what if it did? As Congress grapples with a growing federal deficit, they’re finally taking a second look at the Postal Service model. And while Congress cannot simply shift revenue from sending regular mail to plug holes in the deficit, the idea has apparently served as inspiration for another revenue raiser: a tax on email.

Read more: With Deficit Not Going Anywhere, Congress Considers A Tax On Email.

US Postal Service, amid budget crunch, to expand into EMS

WASHINGTON — The financially troubled US Postal Service (USPS) announced today that letter carriers will soon be responding to emergency medical calls while on their routes, opening up new revenue opportunities and aiding stressed EMS systems.

With nearly 200,000 mail carrier vehicles on the road, chances are high that a letter carrier is always near the scene of a medical emergency. Each carrier will be provided with a mobile phone featuring a specialized smartphone app that will alert them to a request for medical assistance.

Read more: US Postal Service, amid budget crunch, to expand into EMS.

And here’s one that is apparently for real- Royal Mail announced a set of stamps honoring British comics:

Royal Mail is marking April Fool’s Day by issuing a set of stamps featuring some of the nation’s most popular, and funniest, comedians.

Photographs of the Two Ronnies, Norman Wisdom, Billy Connolly, Victoria Wood and Spike Milligan are among those on the 10 first class stamps, which focus on performers from the tradition of standup and sketch shows dating from the 1940s to the present.

Royal Mail also issued a special postmark to mark the new issue, while post vans in locations with strong links to the comedians will feature an image of the relevant stamp. 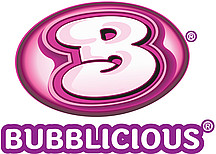 Sadly, I couldn’t find any April Fools pranks on the US Postal Service web site. I thought about making up one of my own, you know, something silly, like the USPS announcing it was going to strengthen its “brand strategy” by hiring the Brand Manager from Bubblicious Gum, but it turns out they did that already!