Although confined to psychiatric hospitals for more than 30 years, Ramírez transcended his own situation to create a remarkably visualized world free from the constraints of borders or time itself. Characterized by repeating lines, idiosyncratic motifs, and daring perspective, Ramírez’s art blends the emotional and physical landscapes of his life in Mexico with the modern popular culture of the United States. Although he worked mostly outside the art world in his lifetime, Ramírez is recognized today as one of the great artists of the 20th century. He was born in 1895 in a rural community in Guadalajara, and died in 1963.

“Our choice of Martin Ramírez as the subject of a Forever stamp sheet reflects the widespread — and growing — influence he has had on art in the United States, as well as on artists throughout the world,” said U.S. Postal Service Chief Financial Officer and Executive Vice President Joseph Corbett, who dedicated the stamps.

“And though his name remained virtually unknown in the decade following his death in 1963, Martin Ramírez’s work has become some of the most highly valued examples of art. Today, he joins the ranks of other famous artists, such as Norman Rockwell, Georgia O’Keefe, William H. Johnson and Frida Kahlo, who have been honored on American postage stamps.”

The pane of 20 self-adhesive Forever stamps is imbued with hypnotic power and remarkable personal vision.

The first row of stamps highlights a floral detail from “Untitled (Horse and Rider with Trees),” created with crayon and pencil in 1954 on paper that has been pieced together. The artwork is owned by George and Sue Veiner.

The second row of stamps showcases the central image of “Untitled (Man Riding Donkey),” a gouache, colored pencil, and graphite drawing on paper from circa 1960 -1963. The artwork is owned by American author and academic Richard Rubenstein.

The third row of stamps shows a detail from “Untitled (Trains on Inclined Tracks),” a gouache, colored pencil, and graphite drawing on pieced paper from circa 1960–1963. The artwork is part of a private collection.

The fourth row of stamps showcases the central image of “Untitled (Deer).” The gouache, colored pencil, and graphite drawing on paper dates from circa 1960–1963. The owner of the image is unknown.

The fifth row of stamps features a detail from “Untitled (Tunnel With Cars and Buses).” The drawing was made with pencil, colored pencil, watercolor, and crayon on paper in 1954. The artwork is owned by the Guggenheim Museum.

The pane’s verso includes brief text about Ramírez and his importance to 20th century American art.

Ramírez’s Origin
Ramírez and his family owned a small ranch and were devout Catholics, two cultural references that would later figure prominently in his art. By the early 1920s, Ramírez had set up his own small rural property and started a family, but ranchero life was difficult and money scarce. In 1925, he left Mexico for the United States, where, like other migrant workers at the time, he worked in mines and on the railroad.

Ramírez’s property was destroyed in a regional war just two years after he left Mexico, and the conflict prevented him from returning home to his wife and children. A few years later, he lost his job as a result of the Great Depression. Tens of thousands of Mexican migrant workers were deported from California during this period, but Ramírez was not among them. Emotionally upset and in poor physical condition, he was detained by police in 1931. Unable or unwilling to communicate, he was committed to a psychiatric hospital in northern California.

Catatonic Schizophrenia Diagnosis
After several months under observation, and without the aid of an interpreter, Ramírez was diagnosed with catatonic schizophrenia. During the clinical evaluation he limited himself to repeating that he did not speak English.

His Art
After leaving a psychiatric hospital, Ramírez began to draw obsessively. He worked crouched on the floor over enormous sheets of paper that he constructed out of discarded papers, cigarette packaging, and paper cups glued together with a paste he made himself. His usual art materials included pencils, crayons, shoe polish, red juice extracted from fruits, and the charcoal from used matchsticks.

Sometimes he used a tongue depressor as a straightedge. He also clipped images from magazines, which he occasionally added to his drawings. In spite of the shortage of materials, his works range in size from two feet to more than 20 feet long. To evaluate such large-scale pieces, he would lay out the scrolls on the floor and climb on a table to get a good look.

One of the first characteristics most viewers notice about Ramírez’s work are the lines. Repetitive and hypnotic, the lines define both space and time without constricting them. Not only do the lines carry viewers across the narrative plane and give depth to Ramírez’s images, but they also draw viewers into an idealized world where overcrowded highways and the railroads that Ramírez helped build lead directly to the towns, churches, and countryside of rural Mexico — and back again.

Filled with nostalgic scenes of his life in Mexico, Ramírez’s drawings balance tradition and modernity, the figurative and the abstract. As with his use of lines, Ramírez repeated a small but refined vocabulary of motifs in drawing after drawing. One of his most frequent motifs was the horseback rider, or jinete. Nearly as common are trains and tunnels, which came to dominate his later work, including one scroll nearly 20 feet long from 1963. Other favorite images include landscapes, buildings, churches, Madonnas and desert wildlife. Although he used these motifs again and again for 30 years, Ramírez altered the details in each of his drawings to create enormous variety. The content of his work suggests that drawing was a prime means for preserving memory and identity, and for giving sense and order to the world around him.

Critical and public interest in Ramírez’s art began in the early 1950s, when a number of visitors to the hospital, including Dr. Tarmo Pasto, a professor of psychology and art at California State University, recognized the unique value of Ramírez’s artwork. For the next two decades, Pasto and others supplied Ramírez with art-making materials, preserved his drawings, and helped organize public exhibitions, including shows at the de Young Memorial Museum and other museums in Northern California.

His Work Shown Anonymously
Purportedly because of the California laws applicable to institutionalized persons, Ramírez’s work was shown anonymously during his lifetime, and his name remained virtually unknown in the decade following his death in 1963. By the mid-1970s, however, his drawings were being exhibited to a much wider audience. “Ramírez’s work anticipates many contemporary trends, while unconsciously echoing earlier styles,” wrote one “Chicago Tribune” reviewer. “The compelling use of space, poetic re-creation of forms, and extraordinary vitality all scream for attention.”

In 1985, a retrospective of Ramírez’s drawings was held in Philadelphia before touring the U.S. and then traveling to Canada and Mexico. Ten years later, curators at the Guggenheim Museum in New York City discovered ten previously unknown drawings that had been held by the museum since the 1950s. In 2007, a retrospective show at the American Folk Art Museum established Ramírez as one of the great artists of the 20th century. The following year and to wide acclaim, the same museum exhibited some of the more than 140 drawings by Ramírez discovered in a California garage. In 2010, the New York exhibit was replicated by the Museo Nacional Centro de Arte Reina Sofía in Madrid, the foremost contemporary art museum in Spain. In the same year, one of Ramírez’s drawings was acquired by the Museum of Modern Art in New York City for its permanent collection.

Customers may purchase the stamps at usps.com/stamps, the Postal Store, at 800-STAMP24 (800-782-6724) and at Post Offices nationwide or visit ebay.com/stamps to shop for a wide variety of postage stamps and collectibles.

Ordering First-Day-of-Issue Postmarks
Customers have 60 days to obtain first-day-of-issue postmarks by mail. They may purchase new stamps at their local Post Office, at The Postal Store website at usps.com/shop, or by calling 800-STAMP-24. They should affix the stamps to envelopes of their choice, address the envelopes to themselves or others, and place them in larger envelopes addressed to:

After applying the first-day-of-issue postmark, the Postal Service will return the envelopes through the mail. There is no charge for the postmark up to a quantity of 50. For more than 50, customers are charged 5 cents each. All orders must be postmarked by May 25, 2015.

Ordering First-Day Covers
The Postal Service also offers first-day covers for new stamp issues and Postal Service stationery items postmarked with the official first-day-of-issue cancellation. Each item has an individual catalog number and is offered in the quarterly USA Philatelic catalog, online at usps.com/shop or by calling 800-782-6724. Customers may request a free catalog by calling 800-782-6724 or writing to: 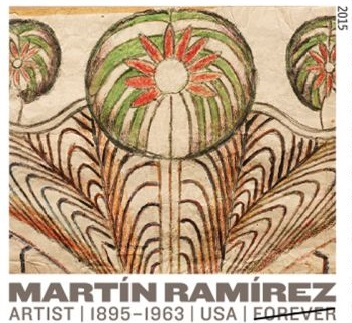