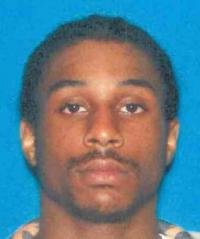 Update June 20, 2015: The Boston Globe reports that Keyon Taylor has been sentenced to 29½ years for his crime:

A Dorchester man was sentenced on Friday to 29½ years in prison in connection with the December 2013 robbing, beating, and shooting of a US Postal Service carrier who was delivering packages for the holidays, officials said.

Keyon Taylor, 22 , was sentenced by US District Court Judge Denise J. Casper after he was convicted in March by a federal jury on assault, robbery, kidnapping, and firearms charges, according to a statement from the office of US Attorney Carmen M. Ortiz .

Another man connected to the case, Maurice Williams Miner-Gittens , 24, also of Dorchester, previously pleaded guilty to charges of robbery and conspiracy and possession of a firearm, and was sentenced to 10 years in prison in May, the statement said.

BOSTON – Following a two-week trial, a federal jury convicted a Dorchester man yesterday in connection with the shooting, robbing, and kidnapping of a U.S. Postal letter carrier days before Christmas in 2013.

Keyon Taylor, 22, was found guilty of assault on a federal employee, robbery of a U.S. Postal worker, kidnapping, attempted kidnapping, and use of a firearm in a crime of violence. Taylor and a co-defendant Maurice Williams Miner-Gittens, 24, also of Dorchester, were charged in January 2014. Gittens pleaded guilty to robbery and conspiracy, and possession of a firearm in February 2015.

On Dec. 20, 2013, Taylor and Gittens rented a U-Haul van and followed a U.S. Postal delivery truck as a letter carrier was delivering holiday packages. When the letter carrier returned to his truck after making a delivery, Taylor confronted him with a gun pointed inches away from his head and demanded his wallet. While handing Taylor his wallet, the victim tried to move the gun away from his temple and was shot. The bullet entered his wrist, shattering a bone, and lodging in his forearm.

Taylor, who was partially disguised, told the letter carrier not to look at him and threatened to kill him if the carrier did so. Moments later, frightened for his life, the letter carrier jumped out of the moving postal truck through the back cargo door. At the time, Taylor had carjacked the postal truck with the bleeding carrier inside. The victim ran for his life, in long johns and stocking feet. Civilians in the area provided assistance and called the police.

When the letter carrier jumped out of the postal truck, Taylor lost control of the truck, drove up onto the sidewalk and crashed the truck into a snowbank. Taylor then fled through four backyards, carrying the victim’s pants and vest, as well as the revolver. His flight path, which led to two chair link fences, was marked by a trail of boot prints in the snow. While jumping over one of the fences, Taylor punctured his hand leaving blood and a piece of a purple nitrile glove on the top of the fence. He also left more blood on a second fence and on the handle of a recycling bin. The blood was matched to Taylor by DNA analysis. Taylor dumped the victim’s pants and vest in the bin; further DNA analysis showed that both the letter carrier and Taylor had bled on the uniform. The victim’s blood was also found on a black jacket which Taylor wore. The jacket was recovered days later from a coat closet outside Taylor’s mother’s house in Attleboro, some 34 miles away from where the shooting took place.

Around 10:00 p.m. on the night of the robbery, Gittens was stopped in the U-Haul van. Inside were two pairs of purple nitrile gloves that matched the one found on the fence along Taylor’s escape path. On the outside of the van was a smear of the victim’s blood.