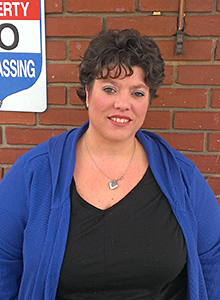 Thurmont, MD, Retail Associate Deonna O’Neill sprang into action when she spotted an apartment fire near the Post Office where she works.

O’Neill was receiving an early morning shipment of packages when she spotted flames coming out of the building’s roof. She ran over and banged on the door to alert the residents, then called 911.

It took about 50 firefighters one hour to extinguish the blaze, The Frederick News-Post reported. Four residents were displaced and no injuries were reported.

“Deonna should be commended for the selfless and heroic actions that she displayed in saving the lives of these four residents,” said Thurmont Postmaster James Adams.