01/26/2015 – When Postmaster General Patrick Donahoe retires at the end of the week, he’ll get a retirement package of more than $4 million.

Not bad for a “civil servant.” 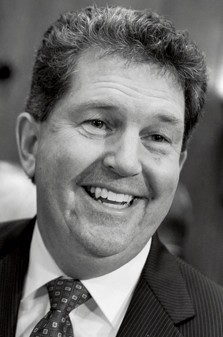 But in his controversial farewell address to reporters at the National Press Club on Jan. 6, Donahoe made clear that he doesn’t think the union’s newest members deserve any postal retirement at all.

“In today’s world, does it really make sense to offer the promise of a government pension to a 22-year-old who is just entering the workforce?” he asked.

And apparently Donahoe’s views have nothing to do with the Postal Service’s manufactured “financial crisis.” He opposes government pensions on principle and wants to impose his view to the entire federal government.

“I would encourage Congress to view the Postal Service as a test bed or laboratory of change that might be applied to the rest of the federal government,” he said.

“I’d like to see the Congress encourage much more experimentation at the federal level,” Donahoe added. “The Postal Service has the kind of management that would appreciate being at the front edge of change and would make good use of opportunities.”

APWU President Mark Dimondstein denounced Donahoe’s parting shot at young workers. “Donahoe’s remarks are the height of hypocrisy,” the union president said. “Every worker should be able to look forward to a stable, secure retirement.”