The washingtonexaminer.com web site reports that the acting head of the Postal Regulatory Commission has frozen all agency travel: 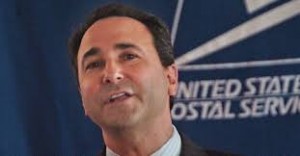 Acting Postal Regulatory Commission Chairman Robert Taub banned all official travel until further notice just days after President Obama nominated him as the interim successor to the former PRC chief, who had come under fire for taking too many overseas trips.

Taub announced the new policy in response to concerns raised by the agency’s watchdog, according to an internal memo obtained by the Washington Examiner.

“Effective immediately, all international and domestic travel by Commissioners and staff, except for those that were approved before Dec. 3, 2014, is frozen until further notice,” the Dec. 8 memo said.