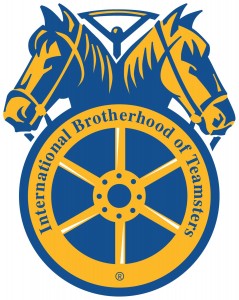 WASHINGTON, Dec. 9, 2014 /PRNewswire-USNewswire/ — International Brotherhood of Teamsters General President Jim Hoffa today wrote a letter that was sent to the Congressional leadership and circulated to all members of Congress, expressing strong opposition to proposed legislation that would result in a $2 billion bailout of United Parcel Service (UPS).

The letter in its entirety is below:

"On behalf of the 1.4 million members of the International Brotherhood of Teamsters, I am writing to express my strongest opposition to any last minute deal to give United Parcel Service (UPS) a $2 billion bailout to relieve the company of negotiated pension obligations.

"UPS is attempting to escape a negotiated obligation the company agreed to when it withdrew from the Teamsters Central States Pension Fund. This $100 billion, Fortune 50 company is using its influence on Capitol Hill to obtain what amounts to a special interest earmark that sets a dangerous precedent – rewarding a wealthy company by allowing it to evade the contract and slashing retirement benefits should benefit reductions be required under the pending pension reform legislation.

"It’s bad enough that some retirees would experience benefit reductions under the National Coordinating Committee for Multiemployer Plans (NCCMP) proposal. It’s quite another situation when a company cuts a secret back room deal to save $2 billion by slashing those benefits even further. This outrageous government bailout of one of the most profitable companies in America should be stopped in its tracks.

"While the Teamsters Union has been clear in its opposition to retiree benefit cuts, this proposal would add insult to injury by introducing even more draconian cuts for hundreds of thousands of Teamsters. I urge you to oppose this outrageous plan to bailout UPS for, in effect, breaking its word."