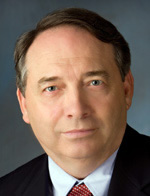 Just weeks after retiring as the postal service’s top computer security official, Chuck McGann is joining federal IT contractor CRGT as “Chief Cyber Strategist”. Presumably that means McGann will be trying to sell more of his new employer’s services to his old federal colleagues.

McGann’s retirement from the USPS last month came a week after the USPS revealed that it had allowed sensitive employee data to be accessed by hackers. Prior to that, the USPS admitted in August that it had lost its entire database of security incidents when the hard drive containing the data failed. (There was a backup, but it was stored on the same hard drive).

“Joining CRGT provides an opportunity for me to supportfederal government clients by leveraging years of experience in a complex CyberSecurity environment,” said Chuck McGann. “I welcome this challenge and look forward to bringing large-scale, CyberSecurity protection strategies to benefit current and future customers.”

In his former role as USPS CISO, Chuck was responsible for securing one of the largest intranets in the world with over 200,000 workstations; 40,000 retail terminals; 15,000 servers; and 250,000 mobile devices. The USPS’ infrastructure manages over 600 business applications that support all aspects of its business operations, including the movement of the mail.

Chuck has received numerous professional awards, including a recognition by the Information Security Executives (ISE) Southeast Awards 2012. He received the ISE National Executive of the Year Award for Government in 2012. In 2014, he was a nominee for the FedScoop 50 in Cybersecurity Leadership.