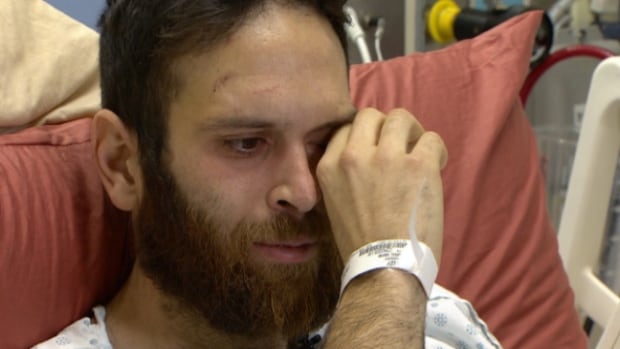 A Canada Post worker who says he was run over and left in a pool of blood is recovering in hospital.

Greg Mady suffered a broken knee and three compound fractures in his right leg and one in his left.

Mady said he was working his regular postal route near 127th Avenue and 125th Street in north Edmonton Thursday when he stepped out of his postal truck to make deliveries and was hit by a vehicle he never saw.

He woke up on the ground not able to feel his legs, with crowd of people standing around him, his blood frozen to the pavement.

“I just woke up on the street,” he said. “I got moved to the hospital. Everything is kind of a blur.”

He doesn’t remember the vehicle hitting him, but he was told the the driver left the scene.