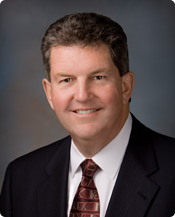 WASHINGTON — The United States Postal Service Board of Governors announced today that Postmaster General and Chief Executive Officer Patrick R. Donahoe has decided to retire February 1, 2015, after 39 years with the Postal Service.

At a public meeting of the Board of Governors this morning, Mickey D. Barnett, Chairman of the Board, called Donahoe a visionary leader who worked tirelessly to move the organization forward during one of its most difficult periods.

“Pat was the calm in the financial storm. He ignored the naysayers and went forward with his team and built a comprehensive plan for the future of the organization, made tough decisions, and executed against those decisions,” said Barnett. “That’s a testament to the great team he built and his own personal leadership.”

Donahoe became Postmaster General during a severe financial crisis, the result of an inflexible business model that limited the organization’s ability to respond to declining First-Class Mail volumes. Donahoe created an integrated financial plan and took aggressive measures to control costs – including the rationalization of mail processing, delivery and Post Office operations. These changes have significantly lowered the cost base of the Postal Service.

Commenting on the fact that the Postal Service has roughly 220,000 fewer employees today than it did in 2004, Barnett noted that “no other organization has restructured itself so dramatically and on such a large scale, and continued functioning at such a high level.  And it did so without relying on employee layoffs.”

“That’s the result of Pat taking responsible steps to ensure that changes don’t come at the expense of those who have made their career at the Postal Service,” said Barnett.  “There were plenty who argued for layoffs and other dramatic steps and Pat was always the voice that argued for doing the right thing for the organization and the employees – and that’s a tremendous legacy.”

Donahoe served as a constant cheerleader for mail as a marketing channel and pushed for more integration between mail and digital communications in the mailing industry. Under his leadership, the Postal Service launched several new mailing products and enhancements including Every Door Direct Mail, which has generated more than $1 billion in new revenue. Donahoe also guided the organization’s shipping and package strategies to capitalize on the rapid increase of e-commerce.  In the last few years, the Postal Service has seen double digit growth each year in its package business.

Speaking this morning, Donahoe said he believes the organization is headed in the right direction, but still has a long way to go.

“The organization has a lot of momentum right now, and we’re doing a lot to innovate and improve the way we

serve the public and our customers,” stated Donahoe. “The nature of delivery is changing dramatically and the Postal Service will continue to be an important part of those changes.”

Appointed Postmaster General by the Postal Service Board of Governors in October, 2010, Donahoe began his 39-year USPS career as a clerk in Pittsburgh, PA, while attending college at the University of Pittsburgh.  Prior to his appointment as the organization’s top officer, he served as Deputy Postmaster General and Chief Operating Officer.

“Working for a brand that touches every citizen of this great country every day has been a tremendous honor,” stated Donahoe.  “It’s always difficult to walk away from something you love and have a lot of passion for, but knowing that the organization is moving forward with a strong plan and lot of momentum makes it easier.”

A native of Pittsburgh, Mr. Donahoe and his wife have two children and two grandchildren.