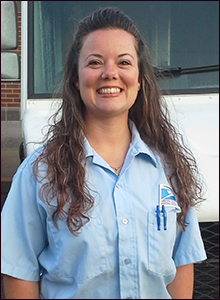 North East, PA, City Carrier Assistant Roberta Kelly was on her route when she noticed a man who had collapsed on the sidewalk while walking his dog. Kelly called 911 and stayed with the unconscious man until paramedics arrived and took him to the hospital.

Kelly also took the dog back to the man’s house and made sure the animal was safe before continuing on her route.

Kelly later checked on the man and learned he had a serious medical problem that might have been fatal if she hadn’t intervened.