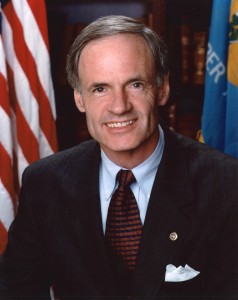 WASHINGTON – Today, a new Government Accountability Office (GAO) report finds that the Postal Service’s recent changes to its service standards have resulted in slower mail delivery across the country. Sen. Tom Carper, a co-requestor of the report and chairman of the Homeland Security and Governmental Affairs Committee, underscored that the Postal Service’s ongoing financial challenges are causing the Postal Service to make the changes to its delivery standards and operations across the country outlined in the GAO’s report.

In 2012, as part of its effort to reduce overall network costs, the Postal Service announced its intent to change delivery standards for certain classes of mail over the coming years, including ending overnight delivery of First-Class Mail and relaxing delivery standards on Periodicals and Standard Mail. In its report, GAO examined the changes implemented so far to the network, and determined that the revised standards have resulted in longer delivery times for First-Class Mail in many parts of the country. While the report only examined specific delivery data for the Chicago and Dakotas postal districts, national mail volume and performance data obtained from the Postal Service by GAO supports an overall trend in longer mail delivery throughout the nation. The report also looked at delivery performance under these new standards, as well as operational changes, such as the closure of mail processing facilities, that the Postal Service has undertaken as a result of these service changes, and as part of its overall cost-cutting efforts.

“This report by the Government Accountability Office tells us something we already know: the United States Postal Service is expected to provide, ‘prompt, reliable and efficient nationwide service,’ but continuous cuts to services affect the Postal Service’s ability to thrive and provide a dependable service that all Americans and businesses can count on,” said Chairman Carper. “These budget cuts, service changes and facility consolidations and closures have a real impact on communities across the country. But, in the absence of reform, the Postal Service will be forced to continue these painful measures and others in order to keep the lights on. To create a service that Americans can rely on – a robust institution to serve generations to come – Congress must take action. The bipartisan Carper-Coburn Postal Reform Act of 2014, reported out of the Senate Homeland Security and Governmental Affairs Committee earlier this year, addresses the myriad challenges ailing the American institution and ensures it has the tools and resources it needs to thrive in the 21st century. The bill is a bipartisan and balanced solution to the Postal Service’s financial crisis that would preserve key postal operations and service standards, protect millions of mailing industry jobs, and enable this critical institution to serve the American public for years to come. Before the year is done, I urge my colleagues in Congress to take up comprehensive postal reform and fix the serious, but solvable challenges facing the Postal Service.”