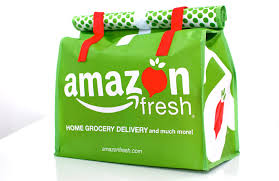 Amazon’s grocery delivery business is launching in New York City on Friday, the company said, bringing the service to the East Coast for the first time, as the retail giant aggressively pursues a cut of the $600 billion grocery industry.

The service, known as Amazon Fresh, will only be available in the Brooklyn neighborhood of Park Slope to start, before expanding to other neighborhoods in the borough, according to the company. Park Slope is a popular area for young professional families and is likely to have a healthy number of Amazon customers. A spokeswoman declined to say when the service might be available in other parts of New York City, including Manhattan.