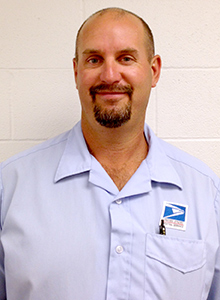 Clarksburg, WV, Letter Carrier Clay Clark was near the end of his route when he noticed a young boy sitting in the grass by himself, crying. When Clark asked the child if he was all right, the boy told him he had gotten off his school bus at the wrong stop.

Since the child’s school was on the other side of town, Clark figured the boy had been sitting there for more than 20 minutes by himself.

Clark told the boy he would be OK, and tried to contact people on a list the boy had with him. When Clark was unsuccessful, he called 911 and stayed until a police officer arrived. The officer took the boy home safely.