PHILADELPHIA — Wilt Chamberlain has been cut down to size. Wilt The Stilt is now Wilt The Stamp.

The Hall of Famer and the only NBA player to score 100 points in a game is set to appear on a commemorative U.S postage stamp. Chamberlain died in 1999 at age 63.

The U.S. Postal Service and the Philadelphia 76ers, with cooperation from the NBA, will formally dedicate the Wilt Chamberlain Forever stamps in a halftime ceremony at a Dec. 5 game against Oklahoma City.

The stamps are just over 2 inches tall. Kadir Nelson, of San Diego, created the two stamp image portraits of the NBA Hall of Famer. 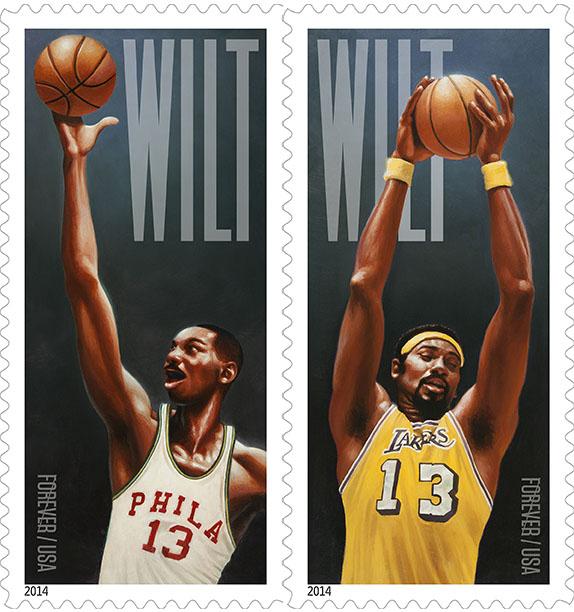 The word "Wilt" is featured in either the top right or left corner of each stamp. Art director Antonio Alcala of Alexandria, Virginia, designed the stamps.