HUNTERSVILLE, N.C. -– This is a problem that shouldn’t have been a problem. The U.S. Mail has been a national staple since the days of the Pony Express, it has always been dependable, except when it isn’t.

Glen Benton says, “I asked her how her new phone was, and she said she never got it. So I said what do ya mean, it says it was delivered.”

Benton bought a Samsung Galaxy Mini then shipped that new cell phone to his mom in California by priority mail. Because it was a new smartphone, he thought he’d better buy the insurance offered by the Post Office. It wasn’t much, just $3.30, a real bargain considering he would need that insurance.

“This is only the second package they lost of mine this year, but they usually find it, eventually” Benton says.

The Post Office out in California even admitted their mistake in a letter showing the intended address and the address the package was “actually” delivered to a few miles away. The supervisor there in California even said Benton “should be entitled to the insured amount…,”but nope, his claim was denied. 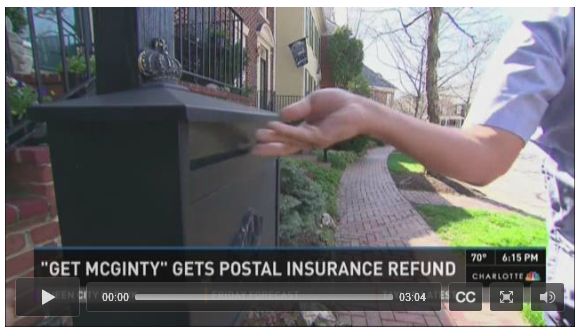