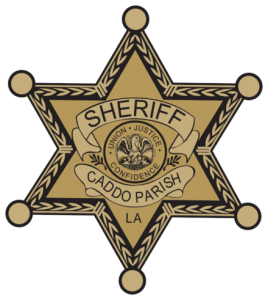 A United States Postal Service employee is behind bars after narcotics agents caught him in possession of a large amount of marijuana said Sheriff Steve Prator.

Russell Leon Ellis of Shreveport was arrested by agents of the Caddo-Shreveport Narcotics Unit for possession of schedule I marijuana. Russell Ellis, a postal employee was the target of a joint investigation by the Caddo-Shreveport Narcotics Unit and the United States Postal Service Office of Inspector General. USPS records show that Ellis is a full time regular letter carrier, hired in 2007.

Agents received information that Ellis was identifying suspicious packages possibly containing marijuana. Ellis would then punch holes in the packages to smell for marijuana and if a package contained marijuana, he would remove it and keep it.

Agents conducted surveillance of Ellis at a local post office, where he was observed opening a package. Agents made contact after Ellis had removed a large amount of marijuana from the package. Ellis was caught with 476 grams of marijuana with a street value of $4,760.00.

Agents obtained a search warrant for Ellis’ residence in the 9000 block of Marva Street in Shreveport. Upon executing the warrant, agents recovered an additional 618 grams of suspected marijuana (Street value $6,180.00), 25 weapons and $15,000.00 in cash. A vehicle and motorcycle was also seized.