The U.S. Attorney says Steven Ray, a man who wears the Brockport Fire Department uniform as a volunteer lieutenant, is also the man who stands accused of fraudulently depositing checks that didn’t belong to him into his bank account.

Assistant U.S. Attorney Craig R. Gestring, who is handling the case, stated that according to the complaint, on February 1 2013, a U.S. Postal Service carrier was robbed at gunpoint while delivering mail to an apartment building in Brooklyn, NY. One of the occupants of the apartment building was expecting two Treasury checks from the Social Security Administration. Subsequently, on February 11, 2013, the same two checks, with the purported endorsements of the intended recipients, were deposited into a Chase bank account opened by the defendant. Other checks deposited into Ray’s account during this time included checks that were issued to other occupants of the same apartment building in Brooklyn.

The complaint further alleges that between January 2013 and August 2013, additional Treasury checks issued to residents in Georgia, Alabama, South Carolina and Florida were deposited into bank accounts associated with the defendant and endorsed with the name of the intended payees. None of the checks had been issued to Ray.

A total of 128 U.S. Treasury checks totaling $399,212 were deposited into accounts under the defendant’s control. The checks included tax refunds, Supplemental Security Income payments and Department of Education payments.

The criminal complaint was the culmination of an investigation on the part of the United States Postal Inspection Service, under the direction of Special Agent in Charge Shelly Binkowski, and the Internal Revenue Service, Criminal Investigation Division, under the direction of Acting Special Agent in Charge Shantelle Kitchen.—U.S. Attorney William J. Hochul, Jr. announced today that Steven Ray, 48, of Brockport, NY, was arrested and charged by criminal complaint with mail fraud, forgery of endorsement of treasury checks, theft of public money, and theft of stolen mail. The charges carry a maximum penalty of 20 years in prison, a $250,000 fine or both. 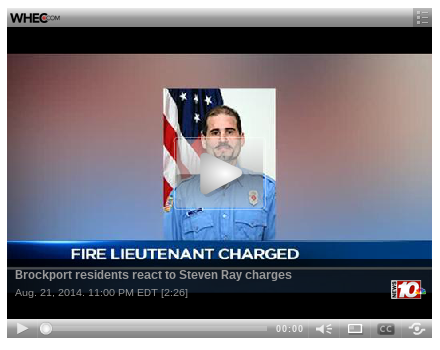