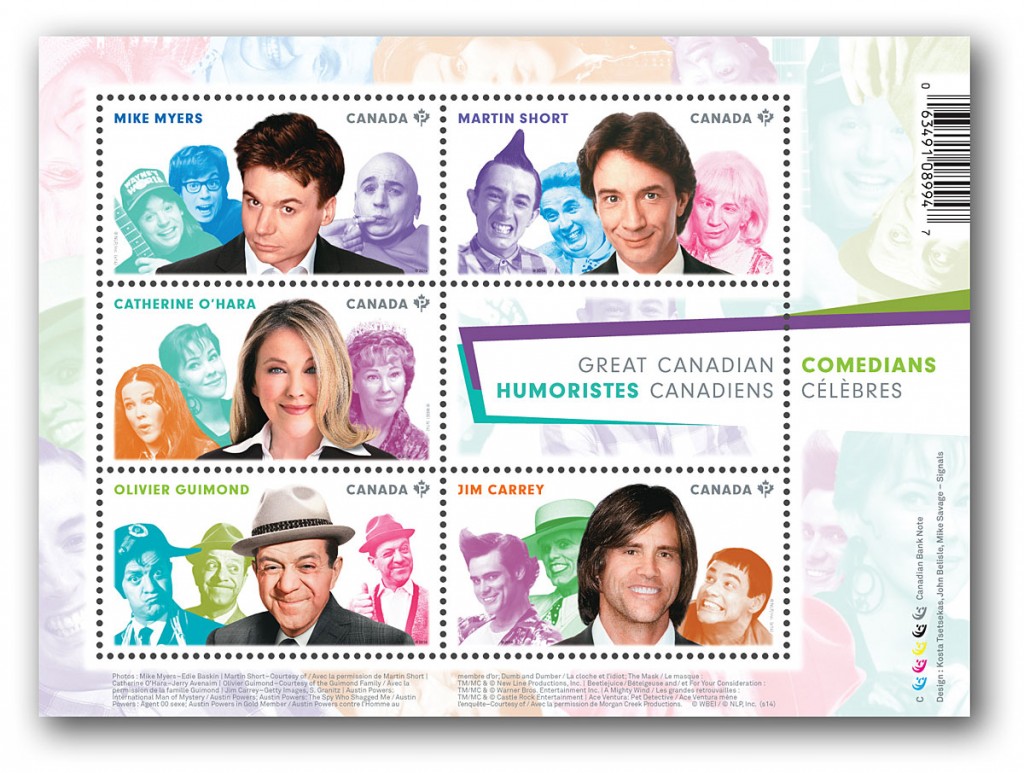 OTTAWA (Ont.) – Today Canada Post is honouring Great Canadian Comedians by issuing a series of stamps featuring them and some of their most memorable roles. The stamps honour the work of Jim Carrey, Olivier Guimond, Mike Myers, Catherine O’Hara and Martin Short, all chosen for their talent in entertaining and making us laugh.

“Canada is the birthplace of some of the world’s most successful comedians and our series is about some of the many Canadian comedians who keep us laughing,” says Jim Phillips, Director of Stamp Services at Canada Post.