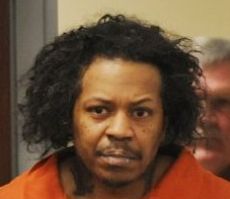 On May 22, 2014, Montgomery pled guilty to the seven count superseding indictment and avoided facing the death penalty for his crimes.

“The senseless and heinous murders of Paula Robinson and Judy Spray have left an irreplaceable void throughout the entire community,” said U.S. Attorney Edward Stanton. “I want to commend the tireless efforts of federal, state, and local law enforcement who assisted with the investigation and prosecution of this case. The life sentence without the possibility of parole imposed upon Chastain Montgomery, Sr. today will hopefully bring justice and a meaningful measure of closure to the Spray and the Robinson/Croom families.”

“Today’s sentence of Chastain Montgomery, Sr. once again shows the determination of the U.S. Postal Inspection Service to bring criminals to justice who take the lives of postal employees,” stated Inspector in Charge Thomas Noyes. “The cooperation among federal, state, and local law enforcement was second to none. We are fortunate to have such determined law enforcement partners who are willing to work countless hours to see these criminals identified and prosecuted.”

“We sincerely hope today’s sentencing brings some small sense of justice for the families and friends of Paula Robinson and Judy Spray,” said TBI Director Mark Gwyn. “Though it will probably never fully bring closure, we are thankful the cooperation of law enforcement will ensure the man responsible will never go free.”

According to the facts alleged in the superseding indictment and revealed during subsequent hearings, on October 18, 2010, Montgomery, Sr. and his son Chastain Montgomery, Jr. drove from Nashville, TN to Henning, robbed the United States Post Office, and then murdered Sales and Service Associate Robinson and Rural Carrier Associate Spray.

Following their crimes, they returned to Nashville. Eight days later, Montgomery, Jr. stole a Nissan Frontier pick-up truck in Smyrna, TN and used it as the getaway vehicle following their robbery at gunpoint of Southeast Financial Credit Union in Lavergne, TN on October 29, 2010.

One month later on November 29, 2010, the pair stole a Chevy Venture minivan and used it as a getaway vehicle following the robbery at gunpoint of Mid-South Bank in Smyrna, TN.

On February 14, 2011, the pair made plans to leave the Middle Tennessee area. Montgomery, Jr. carjacked a man and stole his Chevrolet pick-up truck, driving it from Nashville to Mason, TN. During the journey he was observed by Chief Deputy Sheriff Mike Smothers of the Haywood County Sheriff’s Department, who began a vehicular pursuit.

When Montgomery, Jr. entered the town of Mason, he exited his vehicle and began shooting at members of law enforcement and innocent civilians outside a nearby market. Chief Deputy Smothers returned fire and struck Montgomery, Jr. who died at the scene.

Law enforcement immediately cordoned off the crime scene and began processing evidence. While doing so, officials noticed Montgomery, Sr. cross the crime scene barrier and begin moving toward the Chevy truck driven by his son. He was taken into custody and transported to the Tipton County Sheriff’s Department. While there, Montgomery, Sr. was interviewed by United States Postal Inspectors and made a full confession to all of his crimes.

Law enforcement confiscated a number of weapons and other items from the Mason crime scene, including the Ruger 9mm pistol and the Smith & Wesson .40 caliber pistol used to kill Robinson and Spray; a .45 caliber Glock pistol; a .380 pistol; two Mossburg 12 gauge shotguns; a Remington 12 gauge shotgun; a Springfield 9mm pistol; a Rossi .357 Magnum revolver; large amounts of ammunition; ski masks and latex gloves.

In addition to the prison sentence, Senior United States District Judge Jon Phipps McCalla ordered Montgomery to serve five years of supervised release plus restitution. There is no parole in the federal system.