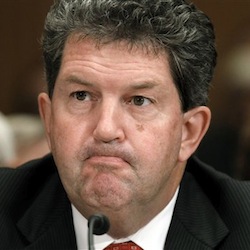 The sudden announcement that the USPS would begin closing more processing plants next year took many by surprise. At least one mailing industry observer suggests that the PMG’s move may have been born at least partly, of anger over the failure of Congress to give him what he wants- five day mail delivery. At the Intellisent Postal Affairs blog, Lisa Bowes deconstructed the USPS statement:

Why are we taking this step now?

Several reasons. Angry about no 5 day from Congress- the timing of this announcement is just not coincidental – and anger at the Staples blowback. I have to confess, I bought in to the Staples rhetoric at first, but the proof is in the pudding, as they say, and that pudding is some rotten.

This is the part that makes me sad, because I do think the USPS believes strongly. However, I think their arrogance makes them bad listeners, and bad listeners can’t be successful in the long run. I hope I am wrong on that, because I value the postal system.