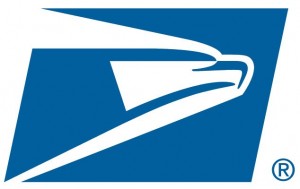 In a May 15 press release, the Software & Information Industry Association (SIIA) incorrectly claimed Postal Service rate increases are causing a decline in the volume of periodicals mailed.

In fact, decreased mailing is attributed to an increase in electronic communications. The mailing of periodicals has dropped by more than 26 percent since 2009, and likely will continue to fall as the use of digital communications becomes more prevalent. The 2014 exigent price increase is not responsible for these long-term decreasing volumes.

Senders of periodicals pay, on average, 27 cents for delivery, a deep discount far below the Postal Service’s delivery costs, and far below average costs for consumers to mail a similar piece.

For example, in 2013, the Postal Service’s revenue per piece for periodicals was 26 cents, but the delivery cost per piece was 34 cents. In other words: USPS lost 8 cents on every piece.

The Postal Service has an obligation to the public to strengthen its financial condition and ensure its long-term viability. The pricing strategy is a modest and responsible way to minimize the losses USPS incurs due to the delivery of periodicals.