As you might have guessed, the surprise defeat of House Majority Leader Eric Cantor has resulted in the dismissal of his bizarre plan to have the US Postal Service finance the nation’s highway program for a year. The plan was supported by Postmaster General Pat Donahoe. 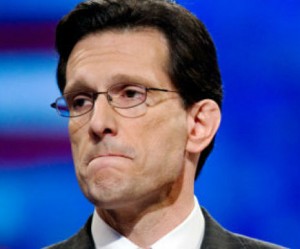 House leaders are setting aside a plan to finance a short-term extension of the Highway Trust Fund with cutbacks in U.S. Postal Service operations after a late barrage of opposition from rank-and-file members.

“The proposal to end six-day [mail delivery] was not well received by a large portion of the Republican conference and appears to be dead,” said a senior House Republican aide. “Other, more viable options are now being considered.”

House Republican aides said the plan collapsed after Majority Leader Eric Cantor lost his primary election in Virginia on Tuesday night. Cantor had been behind the idea from the start, they said.