Remember how the Postmaster General and his CFO told us not long ago that the USPS was in a death spiral and might run out of cash any day now?

That’s the basic message from the PMG today, according to the Washington Post, which reports that Donahoe thinks the GOP idea to have the USPS finance the federal highway system for a year by ending Saturday mail delivery makes sense. 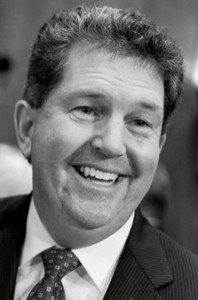 A plan from House Republicans to buoy the nearly-empty highway trust fund with savings from eliminating Saturday mail delivery has struck many observers as an odd idea — a budget accounting trick that would finance road projects by preventing a future bailout of the U.S. Postal Service.

But the top postal official says he couldn’t be more pleased.

“We not only need five-day delivery,” Postmaster General Patrick Donahoe said in an interview. “But I would say, if this was able to help take the angst out of the [broader postal] legislation for some lawmakers, that would help us out.”

Donahoe has long pushed to eliminate Saturday delivery of letters, a service cut that’s estimated to save the financially strapped mail agency about $2 billion a year (some Democrats, labor unions and postal regulators have questioned whether the savings could be that high).

So much for any suggestion that the PMG is serious when he cries wolf about USPS finances! The PMG has claimed that 5 day delivery would save the USPS billions- now he wants to go ahead with it even if the USPS doesn’t get to keep any of the “savings”?

On the plus side, it should be noted that the Post actually called the plan what it really is- an “accounting trick”. Now how about asking the PMG or maybe Eric Cantor the billion dollar question: How does cutting Saturday mail delivery help the USPS if the USPS doesn’t get to keep the “savings”?