Seven months into the current fiscal year, the US Postal Service’s revenue exceeds its expenses by $1.353 billion. If the USPS was a private sector company, that would translate to a pretty healthy profit. In the topsy turvy world of Washington, however, it means the USPS is still “bleeding cash”- making it much easier for politicians to pretend that the agency is in a crisis, or perhaps even a “death-spiral”. A postal service that simply plugs along, providing a service and paying its bills doesn’t suit the powers that be on Capitol Hill- or at L’Enfant Plaza.

So the USPS financial statement includes two items that, as if by magic, transform a $1.4 billion profit into a $2.6 billion loss. One is the familiar “trust fund” charge- $3.3 billion through April. This is a charge that only exists on paper (and in the minds of politicians and USPS Headquarters bureaucrats). The other is a $600 million “non-cash” charge for possible, potential, maybe non-existent future workers compensation expenses. 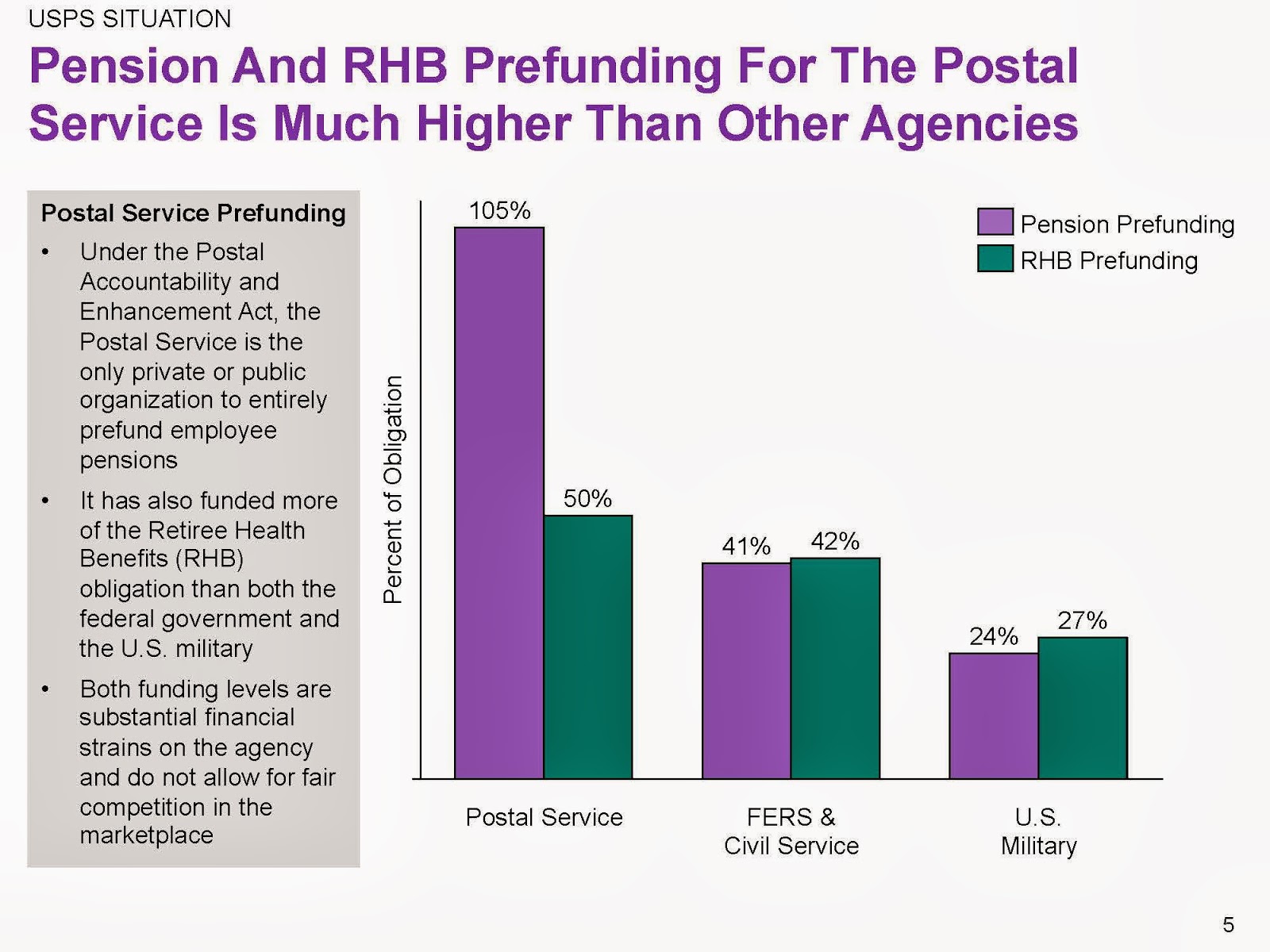 The whole charade, with congressmen and Senators from both sides of the aisle piously wringing their hands over the imminent possibility of a postal collapse, has gone on for almost a decade now. Last week the Republicans seemed to admit the entire “USPS is dying” saga is a joke when they suggested that the USPS could afford to finance America’s highway system for a year- and not a single professional Washington news journalist pointed out the absurdity of the proposal.

The USPS is certainly in a critical situation- but it’s driven not by financial realities, but by cynical politicians and the bureaucrats who serve them.